One year after the PKS announcement (Pivotal Container Service), VMware CEO, Pat Gelsinger introduced Heptio as the latest member of the VMware family. “VMware is the dial tone for Kubernetes management,” says Gelsinger. In short, VMware has the infrastructure components in place to create a comprehensive foundation to efficiently operate Kubernetes in production. With the acquisition of Heptio, VMware has now obtained the “street cred” to enable IT generalists, DevOps engineers, and developers to operate and access containers on top of the Kubernetes scheduling platform. 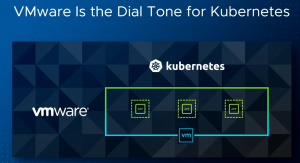 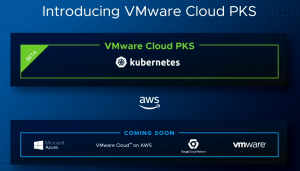 The acquisition of Heptio by VMware shows many key similarities to the Nicira acquisition from 2014. Like the Nicira acquisition, picking up Heptio is all about acquiring the key competencies (and street cred) VMware needs for a credible and strong Kubernetes management strategy. VMware has made many efforts in the past to break into the container market, recently announcing Pivotal Container Service (PKS) and VMware Kubernetes Engine (VKE) on AWS EC2. However, developers and DevOps teams have been slow to embrace these offerings, still leaning toward going directly to cloud-native container platforms, such as Amazon’s ECS / EKS, Azure Kubernetes Service and Google Kubernetes Engine.

Grabbing the Issue by Its Root

With the acquisition of Heptio, VMware is grabbing the issue by its root, directly appealing to the “open source guys” and developers. As Nicira in 2014, Heptio comes with significant credibility, skill, and manpower for Kubernetes management. These factors originate from the Heptio team consisting of numerous contributors and founders of Kubernetes, Google Compute Engine, and Google Container Engine. From a Go To Market perspective, the Heptio acquisition could give VMware the much-needed boost toward obtaining a seat at the DevOps table.

Heptio Is the Red Hat of Kubernetes

Heptio’s claim to fame is its enterprise Kubernetes support subscription that provides the architectural guidance, management tools, and professional services for production Kubernetes within the enterprise. In this regard, Heptio plays a similar role for Kubernetes as Red Hat for Linux, however, at a significantly earlier stage. Heptio’s revenue is estimated at under $1 Million and the company has drawn $33.5M in venture funding since October of 2016.

Docker Standing at the Sidelines

VMware leveraging Heptio skills and capabilities to aggressively push its Kubernetes management capabilities into its over 500,000 global customer accounts makes it harder for the Docker company to convince these enterprises of the need for a separate Kubernetes management platform. While Docker has gained an estimated 600-700 paying customers, this number is dwarfed by VMware’s and also Red Hat and IBM’s combined customer base.

Acquiring Heptio to obtain Kubernetes “street cred” and capabilities in combination with offering PKS across all major clouds sets the right signal to the marketplace: VMware is not afraid to make big investments to remain a strong competitor.