Before creating workflows for IaaS provisioning, it is first crucial that you understand the IaaS model and thus are able to modify its values as required. In chapter 2 we introduced the Model Manager and explained how  Microsoft SQL server is used to store its data. However, working with the database directly is (in most cases) not recommended – instead, vRealize Automation provides helper methods in order to deal with this data. Nevertheless, there is a good tool available to explore the IaaS model – LINQPad[1]. Once you have installed the tool (a Windows system with .NET is needed), you can explore the IaaS model:

Once a connection has been established, LINQPad shows all the IaaS entities on the left-hand side of the screen. Besides showing entities, LINQPad also provides a wizard to create and execute LINQ queries. For example, you can create a query by right clicking on an entity and selecting the first function <Entity name>.Take(100). LINQPad then executes the query and shows the result set within the main area of the screen (see Fig. 2). 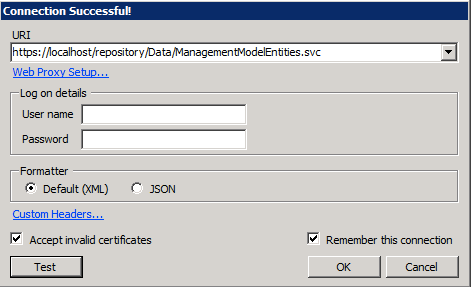 Fig. 1: Using LINQPad to connect to the Model Manager 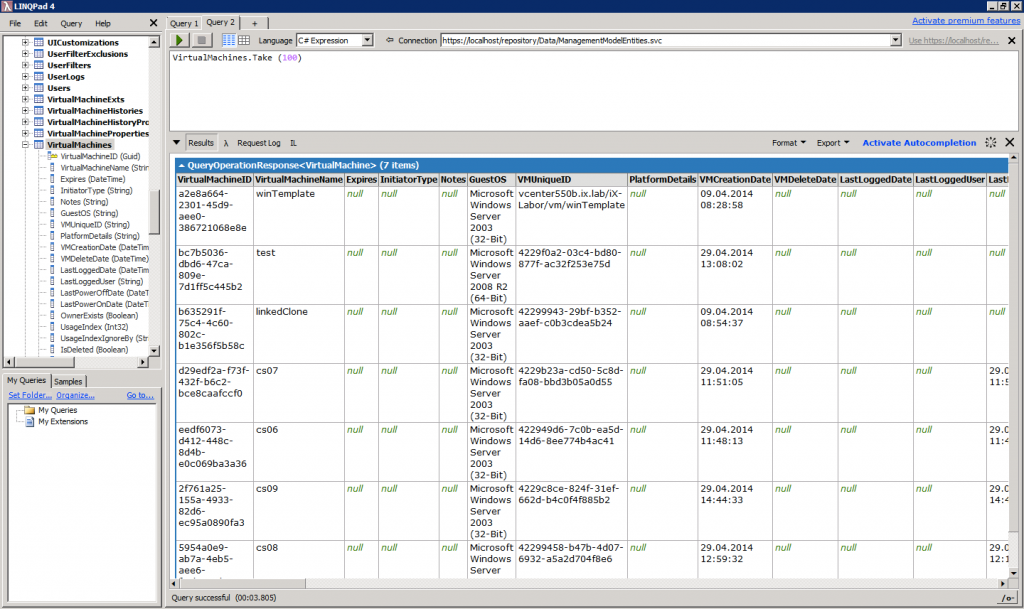 Fig. 2: Executing a query in LINQPad

There are many different entities within the vRealize Automation Model Manager – for example virtual machines, users, reservations or build profiles. However, you must also bear in mind that the Model Manager only stores IaaS data – everything else is stored within the vPostgres database on the Linux appliance.

Each entity in vRealize Automation has a set of properties. Entities are usually linked to each other. For example, there might be different pending requests for a user, or a virtual machine has different VirtualMachineProperties. Relationships between entities are indicated with a fork-icon. There are three different relationships: One-to-One, One-to-Many and Many-to-One.

The first step to using vRealize Designer is – of course – to install it. You can download the Designer from the vRealize Appliance website (https://<vrealize-automation-appliance.domain.name>:5480). Like the IaaS services, the designer requires Microsoft .NET to be preinstalled. Also, before you start the installation, you must have the address of the vRealize Automation service and the Model Manager ready with you. Please also note that the tool needs an open connection to your vRealize Automation environment at runtime. Once you have completed the installation, you can start the tool (see Fig. 3). The graphical user interface of this tool is quite intuitive. The ribbon menu bar only offers a small number of commands. These include options to load, save, open or send workflows. 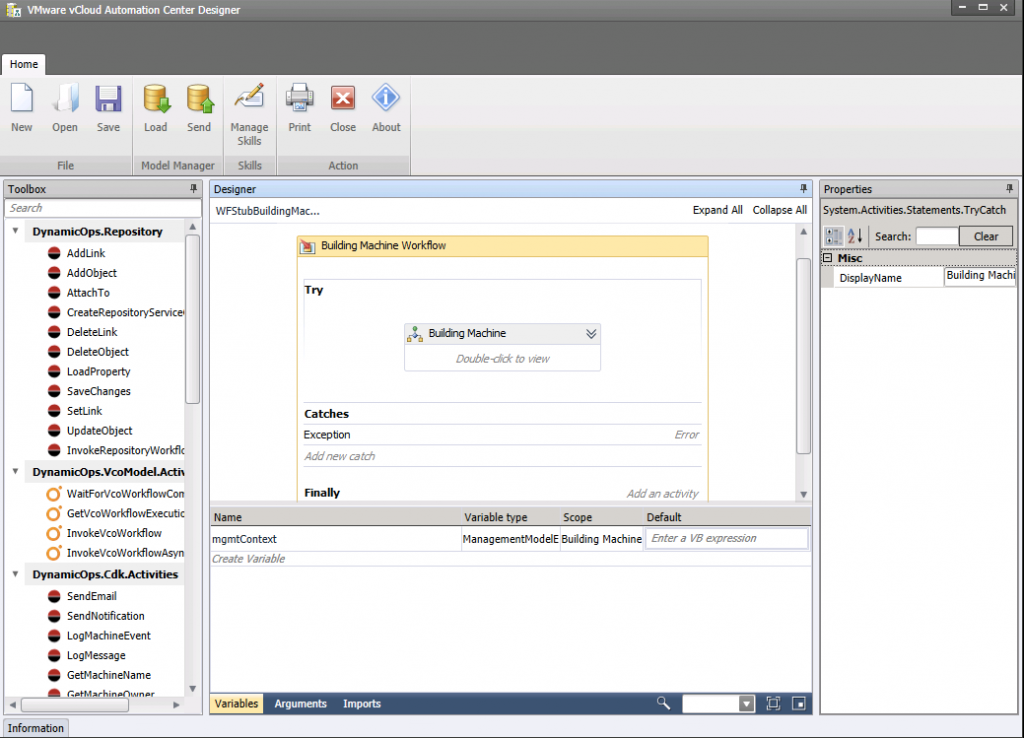 Most work is carried out in the main pane – that’s where you can develop your workflows. A workflow consists of many smaller tasks. These are arranged sequentially and connected via arcs.

On the left-hand side of the screen is the toolbox. It contains a variety of tasks, grouped into the following categories:

You can define the basic structure of your workflow by dragging & dropping elements from the toolbox into the main pane. Once an element has been placed within the designer pane, it must be configured. This can be done by selecting the appropriate element in the main pane. On the right-hand side of the screen, there is a Properties window. Here configuration settings can be actioned.

Tasks within the designer pane must always be connected to a workflow. Therefore, you must use arcs to connect them with other elements. A minimum workflow always has a start element and an end element – so if you add additional tasks, you have to place them within these nodes.

Another very important concept of vRealize Designer is the use of variables. Variables are needed to pass information between different tasks. For example, if there is a task that reads the content of a script file and a second that executes the script, then a variable is needed to store the script content and pass it to the next task. Variables have a context, which decides the visibility of the variable. For example, global variables can be read and modified everywhere, whereas a local variable is only defined within a certain area and may not be touched from outside of this area.

Workflows, within vRealize Designer, are not invoked by vRealize Automation. Instead it happens as part of the machine’s lifecycle (for example during provisioning) or based on user interaction within the self-service catalog. In both cases, the workflow needs some input regarding the context in which it is called. This contains information regarding which virtual machine is concerned and/or what kind of action was invoked. To store this information, each workflow must provide a set of variables. Here the aforementioned information can be found. Variables can be found in the lower part of the screen.

When creating a workflow, from time to time there is also a need to upload additional fragments such as PowerShell scripts, configuration files or any other files. This can be done with the cloudutil utility.

After having given a small introduction to the foundations of vRealize Designer, it is time to become more practical and show how to use the designer tool itself.

19.3 Use case: Invoke a PowerShell script as part of the provisioning process

In this scenario, we will write a small script that will be uploaded to the Model Manager. This can then be invoked from a vRealize Designer workflow during the provisioning of a virtual machine. The script used in this example is simple, but you could replace it with a more complex one in your environment.

First, open the PowerShell-ISE or an equivalent editor on your computer and paste the following code fragment: 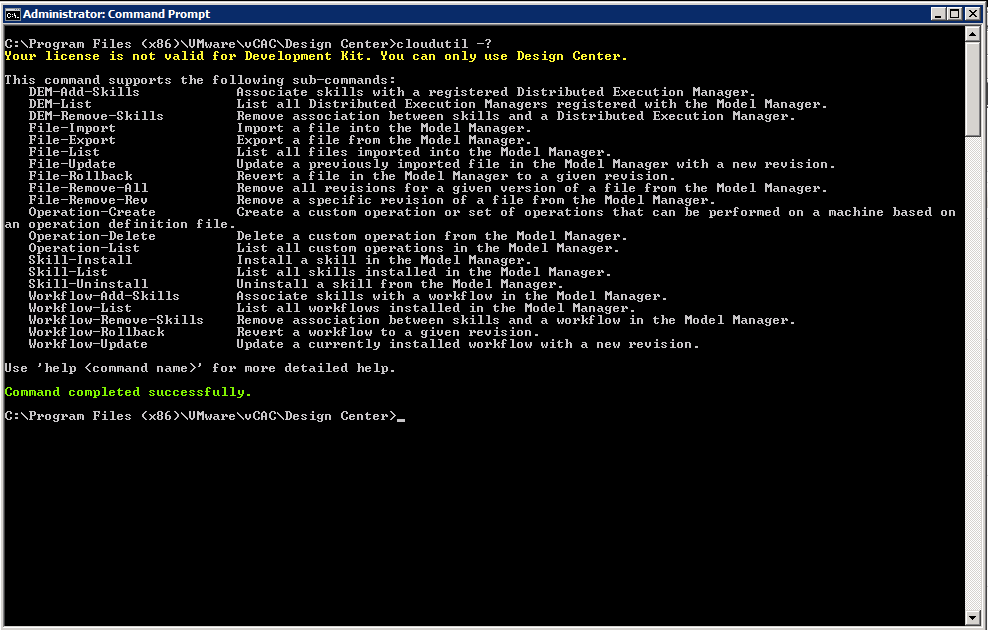 Once finished, save the script on your desktop computer and perform the following steps on a machine with the vRealize Designer installed: 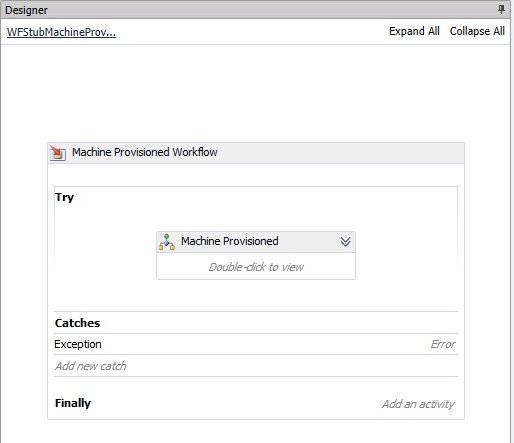 Now we can begin with the implementation of the workflow. Start the vRealize Designer and follow the steps as described below: 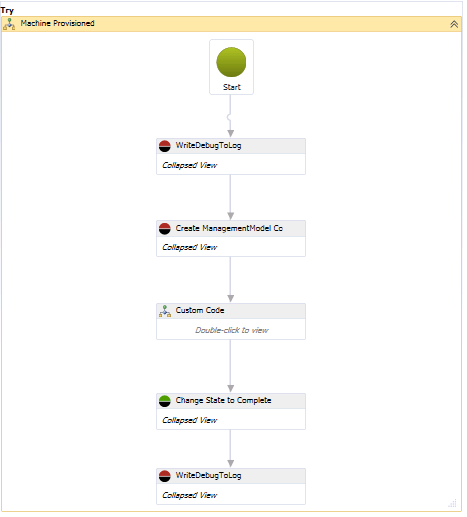 Fig. 9: Get the machine name

Fig. 12: Defining the Input parameters for the PowerShell script 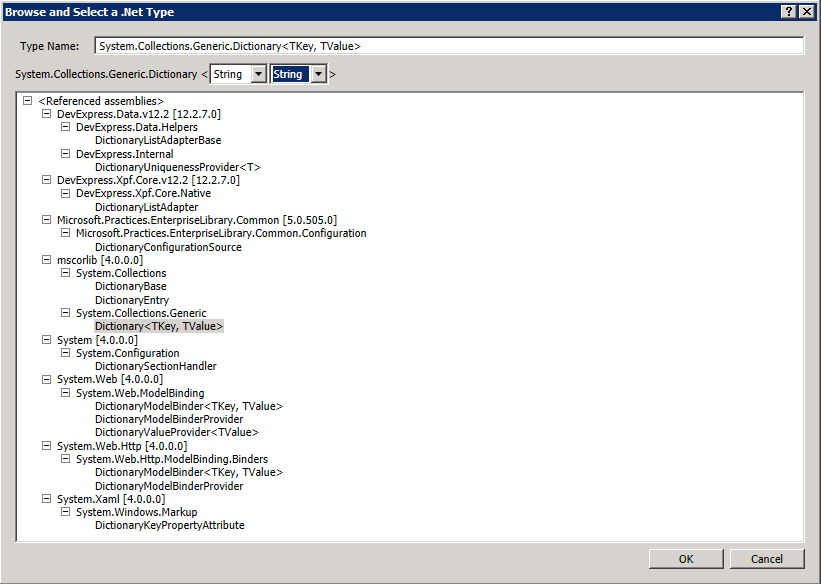 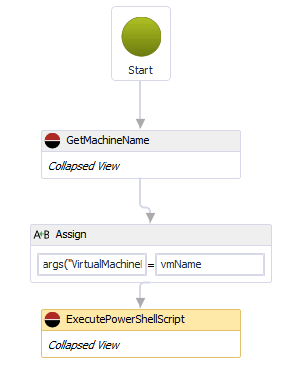 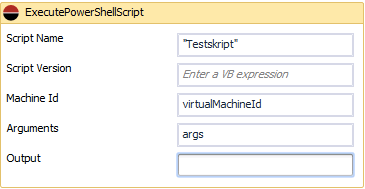 Once we have finished the implementation of our workflow, we still have to tell vRealize Automation when to run it. This can be achieved at the blueprint level:

Background: How to activate workflows

Besides the activities covered in this scenario, there are a lot of other tasks available. At this point, we want to introduce the most important ones:

[1] LINQPad can be purchased, but there is also a cost-free version for download at http://www.lingpad.com